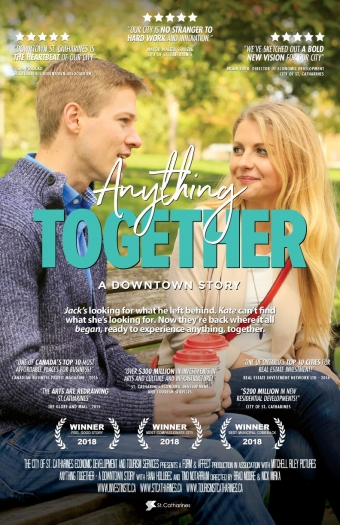 A short film shining the spotlight on revitalized Downtown St. Catharines has garnered the City of St. Catharines a prestigious Marketing Canada Award for its trophy case.

The Economic Developers Association of Canada (EDAC) awarded the City first place in the Short Film / Video category at the 2018 Marketing Canada Awards for Anything Together: A Downtown Story, a film celebrating the revitalization of Downtown St. Catharines. The City partnered with Form and Affect, a local agency in Downtown St. Catharines, on the production, which was released in June.

“Since the launch of this film we’ve received nothing but positive and enthusiastic feedback both locally and from outside of the community,” said Brian York, the City’s director of economic development and government relations. “Having it take the top prize in its category at these awards reaffirms there are great stories to be shared about the positive changes in St. Catharines.”

The film, available online at www.stcatharines.ca/AnythingTogether, centres around the story of Jack and Kate as they explore St. Catharines’ vibrant downtown. Featuring several downtown businesses and new facilities, the film is a creative look at the rapid growth and redevelopment of the heart of the community.

“Our downtown neighbourhood has enjoyed an incredible resurgence these past few years,” said Brent Porter, partner and creative director at Form and Affect. “We wanted to showcase that in a way that was creative and unexpected but also felt natural, and made it easy for people to envision their own story unfolding here.”

The Economic Developers Association of Canada is Canada’s national association of economic development professionals, representing every province and territory across the country with nearly 1,000 members. The Marketing Canada Awards in Fredericton and included nominations from across Canada. 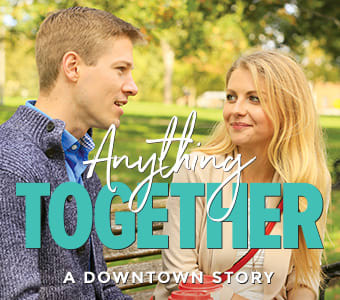